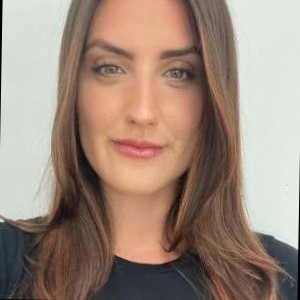 We are several quarters into the most competitive labor market in US history. It is disproportionately affecting the businesses that employ a frontline workforce  — people who don’t sit at a desk. Turnover is higher than ever, but employee ramp-up time hasn’t changed. As a result, operators are changing how they invest in training.

In 2021 US employers spent 91 billion dollars on training; a 12% increase from 2020. The time spent training employees grew from 55 hours in 2021 to 64 hours in 2022. While the overall budget and time spent on training increased, training expenditures decreased by 14 billion dollars.. Training expenses include travel, training facilities, in-house training development, and equipment. At the same time, the training cost per employee decreased from $1,111 to $1,071 [1].

We sat down with Kevin Karnes, Director of Training at Fazolis to learn more about his training program. When we first met Kevin he was in the car on a break from a New Restaurant Opening ("NRO"). Kevin drove there to celebrate a member of his staff for his 27th NRO, a record for Fazolis. Kevin's passion for the people he works with was apparent from the start of our conversation.

Getting Rid of Training Packets

A study by CHART found that restaurants who allocate more time for on-the-job training for hourly employees and managers have lower employee turnover [2]. We leaned into return-to-work" in his words, a "reboot".  “[It] is centered around short YouTube,  TikTok-style videos which allow for more hands-on training. We also released updated training guides in a digital format, completely eliminating the need for costly hard copies.” According to a study by TechSmith, “86% of respondents prefer watching video over reading text or hearing the audio” “We had to get back to a hands-on environment [3]. Our training materials before were so focused on e-learning and holding those [training packets] materials in your hand. It really didn't allow for any practice. And practice is the biggest part of training".

That practice is clearly reflected in his own professional history. Kevin started his journey working front-of-house at a Steak and Shake in High School. His drive led him through the ranks.  He became a manager, and then a general manager ("GM"). He started his career at Fazolis as a GM and was eventually promoted to an Area Supervisor.  When the SVP of Franchise Operations offered him the position of Director of Training he was hesitant. But the decision was easy after being asked, “are there things about training that you want to change because they don't work?” Kevin took the job. "The transition was tough but I definitely found my way and I feel really good about where we are and really good about the team we have working for us. I've learned a lot along the way.”

Soliciting Feedback from the Frontline

Kevin began by immersing himself in the training programs that were currently in place. "All too often people in learning and development leadership roles, just try to graze the surface." But he made sure he understood the ins and outs of the program. Then he got to work collecting feedback. "I felt like if I could just get what they really liked out of it, then I can determine what is important."

It became clear that pen and paper training was outdated and straining the business. Kevin decided to digitize and modernize. Instead of outsourcing to create video content, he recruited his employees. “I made them all do a project and everybody had to shoot a video."

In a company-wide campaign, Fazoli's employees submitted their ideas for training videos -- user-generated content in its earliest stages "I've always told people I'm not where I am because I have good ideas. I'm where I am because I listen to other people's good ideas."  His team got to work creating short-form microlearning videos. “Our videos are anywhere from 30 seconds to two and a half minutes.”

Converting paper training materials like training packets and binders into video, made the information more impactful and made room for hands-on training. The lengthy roadmaps were replaced with guides that were broken down into 4 simple steps. “We don't really want you holding a lot of stuff in your hand unless it's a sauce or pasta dish.” Kevin, empowered his staff to put down the binder and be more present with in-person training. “if you're holding that stuff in your hands then you're not able to do side by side training."

Getting High ESAT Scores for Training

An ESAT score is an employee satisfaction score that trainers and operators use to get quantitative feedback on new and ongoing initiatives. When Kevin polled employees about his new training program, it received a score of 4.9 out of 5. “It’s like Christmas to some of these operators. It's the same thing that's on the computer, but they're able to do it on their phone now [sic]. And because they're able to do it on their phone, they can go out to a table somewhere if they need to be alone and not feel any kind of pressure because it's their own device."

“Technology is the future. If you're not careful, it will leave you behind.” By digitizing his training program, Kevin made room for in-person training. Digital helps supplement the moments that are happening on the job. “People genuinely learn more with hands-on training going back to older generations” As Kevin pointed out, in-person training isn’t new, the only thing new is that technology has finally caught up and made this form of training more accessible.