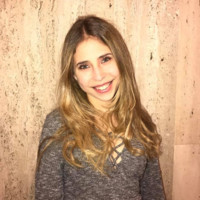 Hosts Bridget Albert & Julie Milroy of Southern Glazer discuss the food industry, mobile training for "deskless workers", and a get personal with Rachael about her background in the industry.

In this episode, Rachael starts by sharing a staggering statistic that drives the Opus mission and why the company builds specifically for "deskless" workers. Julie and Bridget then dig into the story of "Don's World of Beef", Rachael's grandfather's restaurant chain in Kansas City. Don's was a well-established restaurant that pops up in the Opus product, an homage to Rachael's rich family history.

The podcast then transitions into a conversation on how training over text message needs to keep timing and cadence at the forefront. The methodology of Opus is not only about the method of delivery, it is about the method of instructional design that the company uses.

We then learn about Rachael's previous company, ESL Works, a services business that taught English training in NYC restaurants from 2016 to 2019. Rachael's experience in second language acquisition and the food industry inspired the concept. It was the primary reason why, when launching Opus, the team decided to "embed ESL" in their text message learning platform. In the episode we learn more about what exactly that means.

We end the episode with the story of Opus and the company's meteoric rise during 2020. It all begin with a public service initiative that brought COVID safety training over text message to tens of thousands of frontline workers. From there, the company has expanded to include hundreds of text message courses in its platform as well as a unique course authoring tool. The Opus text message course builder is a core product which is saving companies thousands of dollars in time and labor.