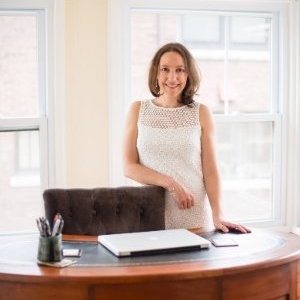 Attracting talent to your restaurant requires a multi-pronged recruitment strategy. Begin by expanding your search beyond Indeed, Facebook or CareerBuilder, platforms which often don't attract the frontline. The platforms we recommend will help you recruit diverse work candidates from underrepresented backgrounds, helping you not only deepen your talent pipeline, but also develop an inclusive recruitment culture from the frontline to your c-suite.

‍Offer a second chance to those with a criminal background. There are about 70 million Americans (or one in three) who have a criminal record, making it difficult for them to find employment. If you hire someone with a criminal record, you may reduce your federal income tax by up to $9,600 per employee during his or her first two years of work. When you post a job, the site will send targeted emails to potential candidates, along with texts and phone calls when necessary.‍

How much does 70 Million Jobs cost?

‍Recruit Military currently has more than 1.5 million job seeker accounts, and those offering jobs may use the company’s virtual or in-person career fairs to connect with military seeking positions. They offer targeted emails, banner ads, social media ads and newsletters as options to get your job posting seen. Alternatively, Vet Jobs - a long-standing military job placement company, has matched more than 70,000 military and their spouses with careers over the past 17 years.

‍Veterans have been trained to follow directions and also to be good leaders - hence slew of restaurateurs who have a military background. Employers who hire veterans may be eligible for additional tax credits.

How much does Recruit Military and Vet Jobs cost?

‍Two of the major job sites for people with disabilities are AbilityLinks and Recruit Disability. The former has been in business since 2001, and charges $400 for single or multiple job postings for 30 days. The latter doesn’t charge a fee, and is available for independent use for those looking to hire Americans with disabilities.

The unemployment rate of individuals with disabilities is two times the average. Still, QSR Magazine reports that 60 percent of those with jobs are in the restaurant industry, according to ArC, an organization advocating for people with intellectual and developmental disabilities. There are tax benefits that support inclusive employers. Employers also have access to increased diversity and lower turnover rates (those with disabilities have been found to stay at their jobs longer than those who don’t). The bottom line: A study found that this leads to higher profitability for companies. In that same study, secondary benefits for people with disabilities included improved quality of life and income, enhanced self-confidence, expanded social network, and a sense of community.

How much does Ability Links and Recruit Disability cost?

Recruit from the LGBTQ+ community

‍Campus Pride is a non-profit for college groups paving the way for a safe college space for LGBTQ students. Employers may post job openings on the site, and attend job fairs aimed directly at recent college grads. Pink Jobs - which is based in England - serves North America, Canada, Australia and Europe. While Pink Jobs doesn’t pre-qualify candidates, it’s a free site for employers and it’s simple to use.

‍A 2020 study found that the economy in the United States could save $9 billion annually if they had an effective diversity and inclusion policy for LGBT staff. Toast notes that diners are also interested in supporting inclusive businesses. You’re taking a step in the right direction.

How much does Campus Pride and Pink Jobs cost?

There are even more platforms that will help you expand your search beyond Indeed, as well. Traditional job sites are not optimized for restaurant hiring managers that are constantly on the hunt for new, reliable talent.